← more from
Aural Films
Get fresh music recommendations delivered to your inbox every Friday.
We've updated our Terms of Use. You can review the changes here.

The Gift of Fire 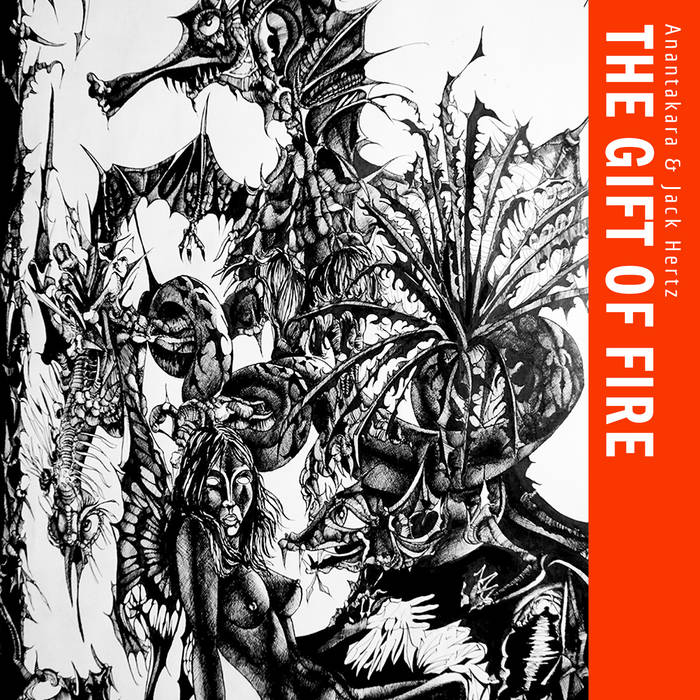 Frans Lemaire - MICADO This album is full of suprizing topics. And the mix is so pure.
It makes me more then happy.
Great Synergy of talent . Favorite track: Guardian of the Threshold.

A series of drawings made with Indian ink and pen were imagined and drawn in 1976 by a young artist. His ambition was to initiate a great story, both fantastic and philosophical, full of mysteries, frights, sensualities, mysteries, alternating wanderings and epiphanies. A story that stages the friction of powerful opposing forces seeking to establish new balances. Populated with creatures from a forgotten mythology, each drawing sketched an episode of this saga. However, the work was not completed and was eventually reduced to a dozen rather enigmatic drawings. We therefore know little about what the complete story could have looked like. Originally, it was planned that a soundtrack would accompany each drawing. The whole was to form the body of an opera. Without going that far, we selected the drawing which seemed to us to be the most significant to imagine in sound impressions and music the situation which it tells. The 8 tracks focus on a particular section of the drawing. The album brings an additional dimension, cinematic and emotional. You can view the entire drawing via this link. (www.anantakara.com/5A/wp-content/uploads/2022/09/dragon.jpg)

Anantakara, a Sanskrit word meaning "rendering boundless", is a Belgium based electro-acoustic project led by Philippe Wauman creating music since 2011. The music is wide-ranging, hybrid and transversal, bringing together different genres (electronica, ambient, downtempo, ethnic, neo- classical, minimal, electro-acoustic, jazzy) without belonging to any one of these styles in particular, but bringing them into dialogue. More at info can be found at www.anantakara.com. More music anantakara.bandcamp.com

Jack Hertz is fascinated by all aspects of creating sound. From the earliest instruments to the present day hardware and software innovations. More at JackHertz.com

Aural Films is an online record label (netlabel) that releases high-quality soundtrack albums for movies that do not exist. We cover a wide range of music styles ranging from ambient to experimental to popular to soundtrack musics. Often on the same albums. You can find our complete catalog of releases online at AuralFilms.com

Anantakara , a Sanskrit word meaning "rendering boundless", is a Belgium based electro-acoustic project creating music since 2011. Philippe Wauman, the man behind, likes to describe himself as a sound calligrapher: making subtil blends of ambient, electronica, downtempo, ethnic, neo classical and jazz. To make the vastness dance with the innermost is at the heart of his inspiration. ... more